Papua New Guinea’s national broadcaster, NBC-PNG, has installed an AM transmitter to improve radio services in the country’s highlands provinces.

The transmitter, built by Nautel, a Canadian-based company, was installed in Goroka, capital of the Eastern Highlands Province. It was inaugurated on 15 July.

It is aimed at ensuring that people living in small population centres in far-flung places can get easy access to radio services.

In addition to news, entertainment and other services, the transmitter will help bring vital information to listeners in times of natural disaster.

Because the pandemic and lockdowns prevented a team coming to Papua New Guinea to assist, staff from NBC-PNG handled the installation themselves. They were helped by a locally based system integrator, South Pacific Systems Private Ltd.

The pandemic forced the timeline of the project to be extended. Once the installation was completed, it was deemed a success after repeated tests taking into account the signal strength, distance and other parameters.

The transmitter will provide improved radio services to people living in a wide area of the country including the central and eastern highlands, Morobe Province and the Gulf Province. 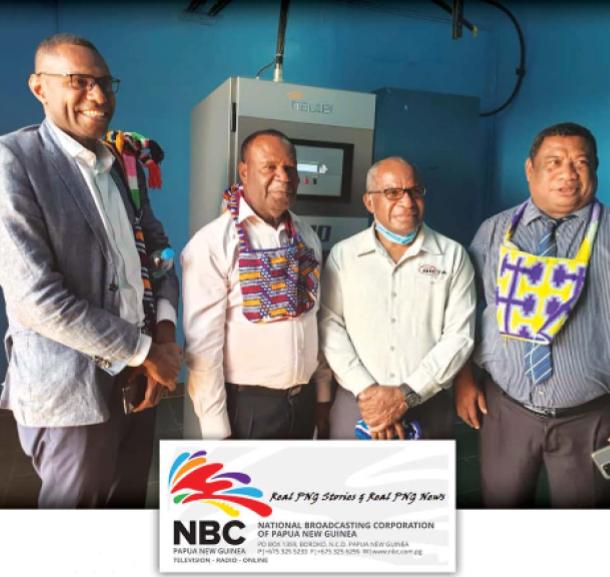