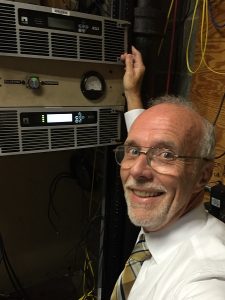 I used to market and install transmitters for RCA in Camden, N.J. in the 1970’s and 80’s. Nautel transmitters have solved so many of the problems that I used to experience with other manufacturers.

We have had our first Nautel, a VS1, since 2012. The second VS1 was purchased in 2015. Before that, I had three QEI transmitters that were a constant source of problems.

I am currently installing the second VS1 transmitter and the Nautel staff could not have been more helpful in all aspects of the installation. I could not believe the package of installation materials sent with the VS transmitters. Nautel thinks about and supplies the “small” things such as connectors and hardware that most manufacturers would consider to be the user’s problem. Then they continue to provide updates and videos to explain the many features of their products.

“The Nautel Advanced User Interface (AUI) is a ‘dream’ compared to my old transmitters. I can’t believe all of the big-transmitter features available. I use the AUI features all the time.”– Randy McCallister, CE

The built-in ID code generator is used to display WVRU on our signal, allowing all receivers with this capability to display the station’s call letters. I had purchased a generator as an attachment and then realized that Nautel had already included the feature!

I program the AUI like a computer and I can control who has access to the transmitter and the level of permissions. The displays of modulation and tracking parameters are unique. I have done a few firmware updates over the years which always include additional programming features. These updates are easy and straight forward. 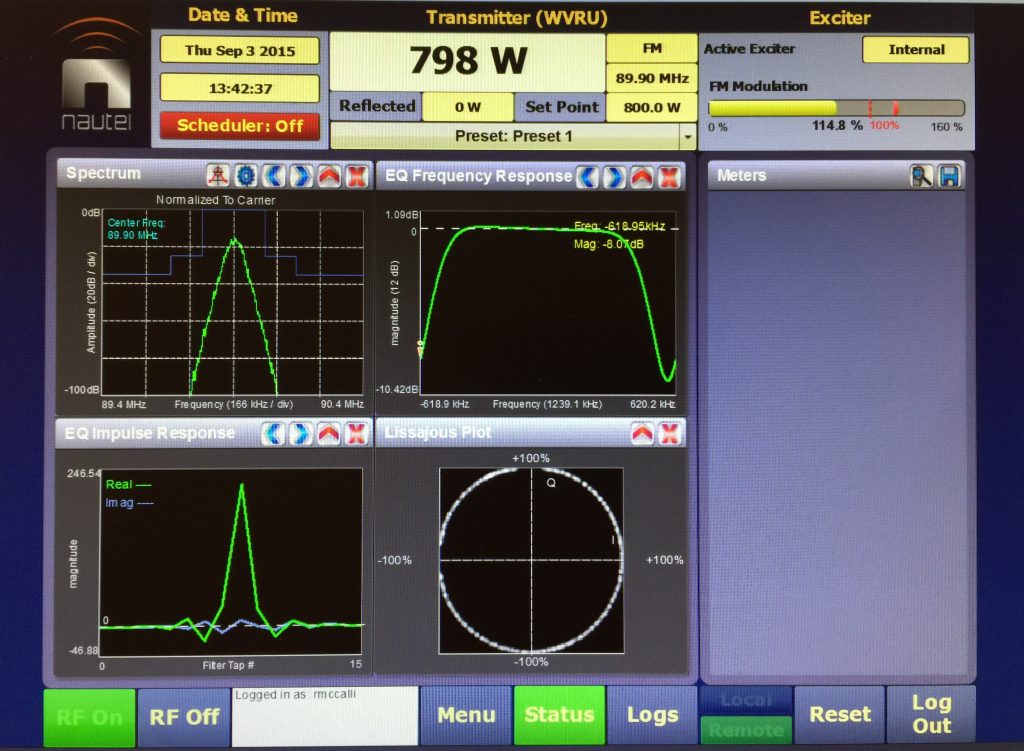 The AUI’s built-in VSWR meter and power reflectometer add a great deal of flexibility. The VSWR meter at the transmitter site is seldom used now thanks to the built-in features of the Nautel VS1.

We use a USB drive to supply programming if we lose our connection to the studio which is located about one mile away. The VS1 has a hefty UPS capable of supplying power to the transmitter for four hours or more. Our station should rarely go off the air. With prior transmitters, we were off the air much more. If we do lose the (remote) studio, the VS1 can continue on UPS power with programming and no interruptions. Just Wow! We have had three transmitters but only the Nautel is here to stay.

We connect to the VS1 transmitter through an internet interface and it emails us of any problems. It was very handy when we lost one power leg to our three-phase UPS. The transmitter advised us that there was a problem and we quickly jumped to fix it with only minimum down time. We also experienced a time when the transmitter room cooling system malfunctioned on a hot day; the Nautel VS1 just kept on working. Other transmitters I’ve had in the past would have used such an occasion to have a full melt-down!

Our station is 24/7 so at some point I would like to shut the first VS1 down and do a thorough cleaning although to be honest it almost doesn’t need it. This second VS1 will provide that option if it is needed.

“I think these Nautel transmitters are like Maytag washers….they just keep going. Oh, and did I mention how great it sounds on the air?!”