Tight Squeeze of an Install at K-LOVE

Jack Roland, EMF K-LOVE/Air1 Engineer, shares with us some great photos from the delivery of his Nautel GV40 HD transmitter to the K-LOVE Mt. Chief, CO, facility. It was a tight installation; he only had 31″ to work with! The following is extracted from his KE0VH Hamshack newsletter, May 2016.

Finally the day has come, and thankfully gone… SUCCESSFULLY now! The new GV-40 Nautel HD transmitter has moved into the Mt. Chief facility for K-LOVE! Much and many thanks to Alex Arpin’s MOST EXCELLENT crew from Colorado’s Galvanized Endeavors. These guys moved the old transmitter out and the new one in during one beautiful picture postcard Colorado day as seen in these pictures! 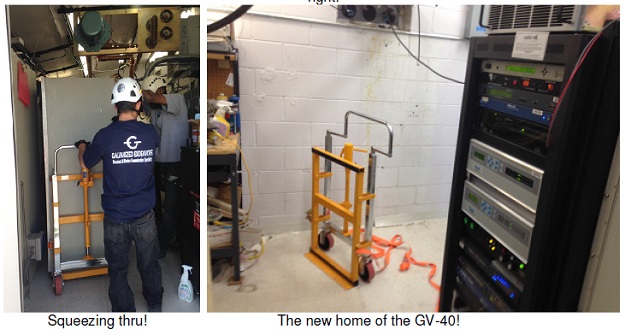 Getting the old Rockwell Collins 831-G 2a moved out of the building. At this point I was starting to doubt my measurements and really started to sweat a bit on whether the Nautel would fit between the Continental and the KRMT TV Transmitter. So while the guys were moving the old transmitter further out the door, I got out the tape measure again and sure enough, the measurements were still what the calculations showed they should be. 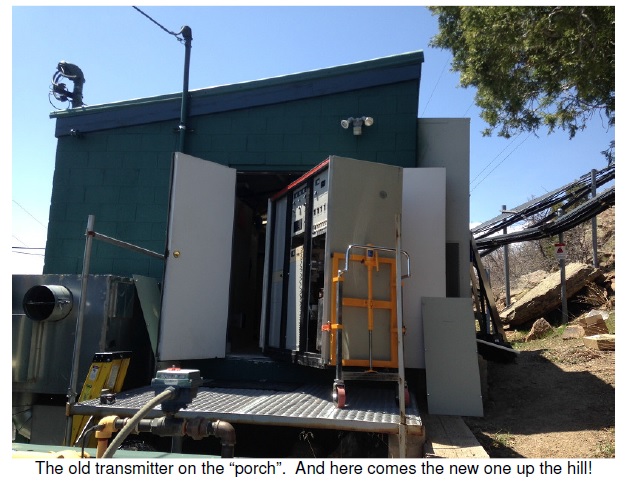 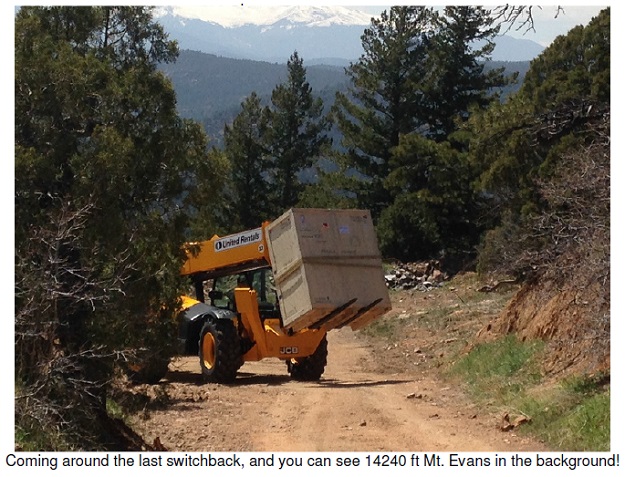 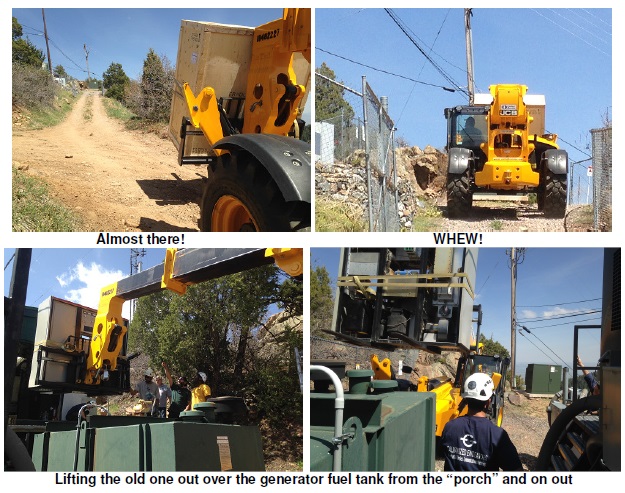 As you will see in the next series of pictures, the process is reversed handling the new transmitter up and over the generator fuel tank. Boy this forklift machine was sure worth it for this trip. Daniel from Galvanized Endeavors did a masterful job of handling the rig and RJ, Rafael, and the other guys with the crew were just outstanding! The old transmitter we figured weighed in at about 12 – 1600 pounds, the new one around 1900. The forklift had a 4000 pound capacity. 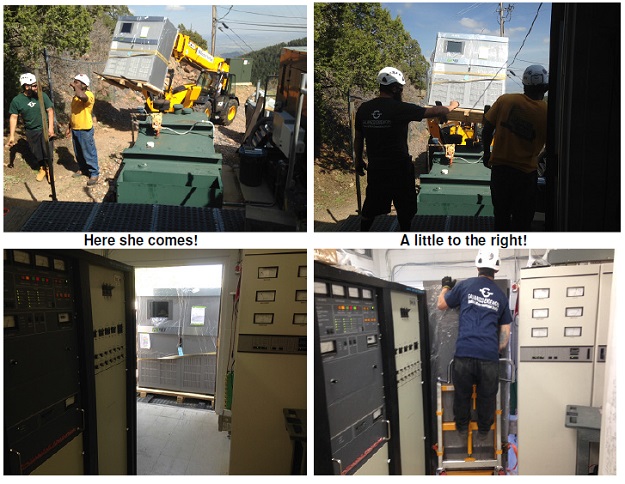 Ready to go in the door. See the space between the TV transmitter and the Continental? 31 inches. With the Continental side panel removed. The Nautel manual says to remove the front doors and the rear air filters and it will fit.!?!?!?!?!?!?!?!? This is where I started to sweat!

“I WAS SO HAPPY! Man it worked, my measurements were all right, there was NO ROOM to spare either side, and we still had to take the door hinges off the GV-40! No, we didn’t have to use a shoe horn, but it was CLOSE!”– Jack Roland, Engineer, K-LOVE 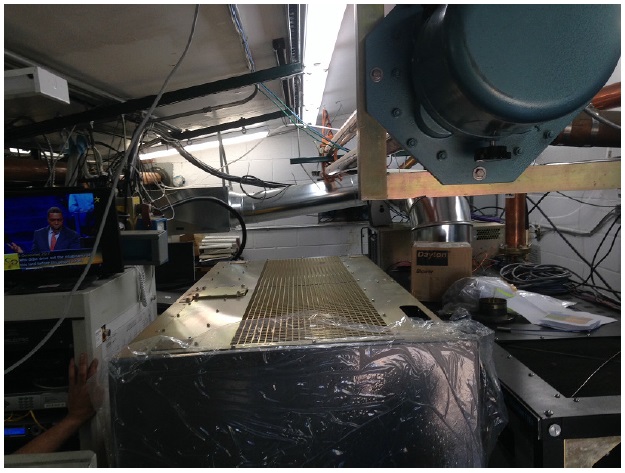 The view from the top, the Continental on the right, the GV40 being maneuvered down the space, and the TV station racks on the left. 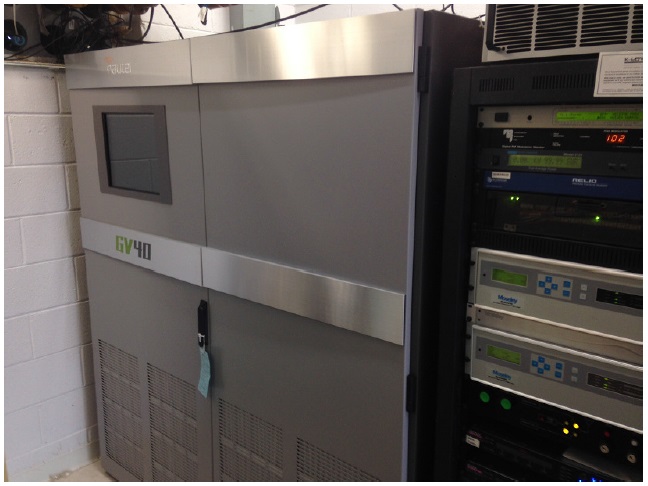 All in place, next week to be plumbed in and wired up!