Customers Save up to 40% with MDCL

“We were able to do this simply on the NX50 by selecting the desired MDCL scheme and just enabling it. It is built into the NX50 ‘out of the box’.”

In listening tests and talking to several different folks, both engineers and non-engineers, Mike reports, “no one has noticed any changes to audio levels or modulation density, quality or basically anything. I did listening tests at night in usual places and could not discern any difference in audio quality or loudness.”

KSPN no longer runs AM IBOC and runs full 125% positive peak, full NRSC modulation. They are thankful that the FCC has allowed this technology to be used on U.S. AM stations saying, “it will help with our engineering budget and hopefully extending the useful life of the transmitter.”

Alaska Public Broadcasting Inc. was the first radio broadcaster in North America to start transmitting in MDCL mode at KDLG-AM, Dillingham on October 28, 2010. It was a pilot project with a Nautel XR transmitter operating at 10 kW and experimental authorization from the FCC.

“We noticed an immediate power savings of 27%. We never received a complaint from a listener about audio quality or bad coverage. And I will tell you that with 26 years of experience in Alaska, Public Radio listeners will complain if they perceive anything wrong with reception!” – Chuck Lakaytis, Director of Engineering

“Transmitter meter readings, etc. are exactly the same as on the day of installation. We tested the various modes of MDCL and chose AMC” adds Chuck.

As a result of their initial success, MDCL kits were ordered for all of Alaska Public Broadcasting’s 10 kW AM facilities, three of which use Nautel transmitters: KDLG-AM, Dillingham an XR12; KYUK-AM, Bethel an XL12; and, KBRW-AM, Barrow two XL12’s, one as a standby. The Bethel and Barrow sites were converted to MDCL in 2011.

Chuck concludes, “All were converted to MDCL with complete satisfaction and no complaints about coverage or audio quality”.

“We have seen savings from 21% to over 40% at our 50 kW stations… and I would challenge anyone to detect that we are employing MDCL.” – Cris Alexander, Director of Engineering

Crawford is currently utilizing MDCL technology on six Nautel transmitters across five AM stations, and has experienced savings from 21% to over 40% at their 50 kW stations, depending on the situation. 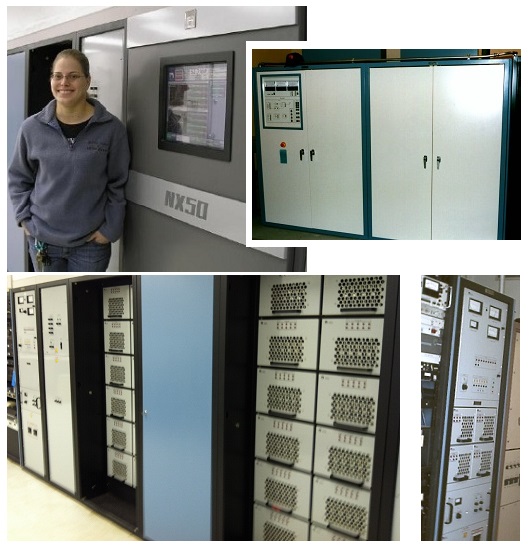 Cris reports, “I have had the opportunity to evaluate the effects of the MDCL operation on the signal firsthand and… well… I haven’t detected any! The signal is strong and robust, maybe even louder than before, and the digital performance is outstanding.”

“We employ the AMC MDCL algorithm due to its minimal audible impact and because it so well masks the signal-to-noise reduction during quiet passages. I have observed no impact on the coverage or signal-to-noise ratio in the fringe areas.”

“In terms of station sound, there is very little impact that I can discern. If anything, our stations employing the AMC algorithm sound louder with MDCL enabled.”

“I would challenge anyone to detect that we are employing MDCL on any of our stations. Based on my observations over the months we have had MDCL in operation, I don’t believe they could.”

Chief Engineer of KCBC in Manteca, CA, Steve Minshall reports, “We have been using the AMC mode with outstanding results. On-air performance could not be better. We actually seem to be slightly louder with the AMC MDCL. Coverage seems to be unaffected. So far we are saving about 21% in electrical costs over last year. There does not seem to be any down side to using MDCL and it may cause one to wonder why this was not done before. With the NX50 it was a very simple change to make, the cost is zero and the savings begin immediately.”

Jerry Dowd, Manager of Technical Services and Director of Engineering at WBT has seen consistent power savings of 20% in his News/Talk format with no adverse listener or programming comments.

Jerry says, “We were pleasantly surprised to find the software already installed on the NX50 and activation was just a matter of opening the user interface and choosing the setting. WBT uses the AMC algorithm. With MDCL the NX50 will effectively pay back at least half of its cost in power saving over the next 10 years, and this at the very low rate of less than 6 cents a kWH here in Charlotte.”