Evanov Communications recently switched on hybrid HD Radio on an AM station in Ontario. It’s believed to be the first AM to use HD Radio in Canada. CHLO is in Brampton, a suburb of Toronto. The station is a Class B station broadcasting on 530 kHz with 1000W daytime operations and 250W nighttime to a non-directional antenna. Much of its programming caters to the area’s large South Asian population.

Director of IT & Engineering Paul Bury told Radio World, “the air chain consists of a 900 MHz STL feeding into a Orban 9300 workhorse audio processor for the analog portion and an Omnia One for the HD portion… The combined HD and analog signal then comes out of a Nautel NX3 transmitter running at 1000W during the day, 250W at night in analog into a single-stick 740-foot antenna.” 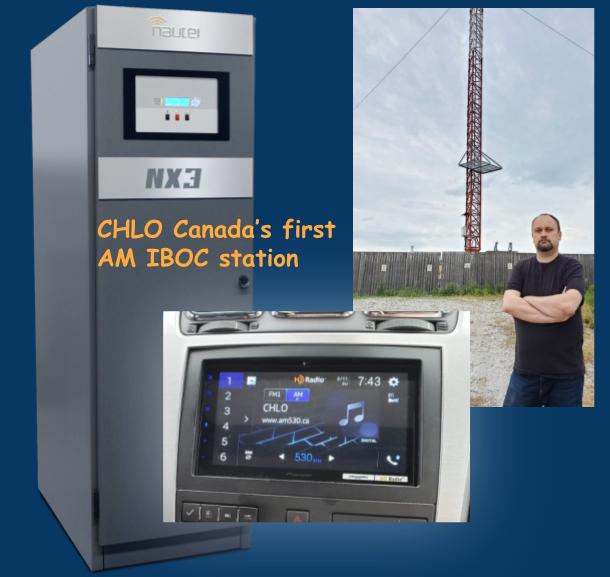